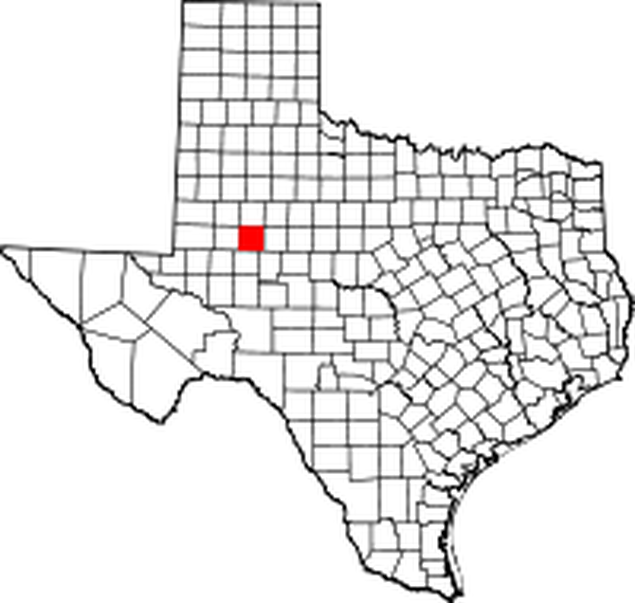 Named for Volney E. Howard a U.S. Congressman from Texas. County seat is Big Spring. We stopped here on our way to Colorado for our niece's wedding. We had lunch in bean's World Cafe and it hit exactly the right spot.
​    As far as markers go we did better than I thought, as I had a lot of trouble confirming locations prior to the trip. We practically tripped over the marker The Seventh Earl of Aylesford, and despite some very confusing directions for W. T. (Uncle Bud) Roberts managed to drive right up to it.  There were however some struggles. The marker for the Settlers Hotel had at that time never been placed and the hotel was still under renovation and the marker was safely in the manager caravan, it is now on the building. The Finch Building medallion aka First Permanent Building in Big Spring is said to be inside the store which was not opened when we were there. The J. & W. Fisher Company was also being spruced up and the marker was covered in cardboard. The Moss Springs marker is on private property and will take some time and effort to get to. The Presbyterian Church  (Coahoma) was never granted a marker but is list in the Texas Historical Atlas so that is why it is included here. All this gives us an excuse to come and stay in the Settlers Hotel which looks awesome to me.
Big Spring School District
Big Spring State Park on Route of Old Comanche War Trail
Finch Building/First Permanent Building in Big Spring
First Christian Church of Big Spring
First Commercial Oil Well in Howard County
First National Bank in Big Spring
First Presbyterian Church (Coahoma)
Howard County
Masonic Cemetery
Moore School
Moss Springs
Mt. Olive Cemetery
Potton House
Roberts, W. T. (Uncle Bud)
Route of Marcy's Trail
Settlers Hotel
St. Thomas Catholic Church
The J. & W. Fisher Company
The Seventh Earl of Aylesford
W. P. Soash, Colonizer