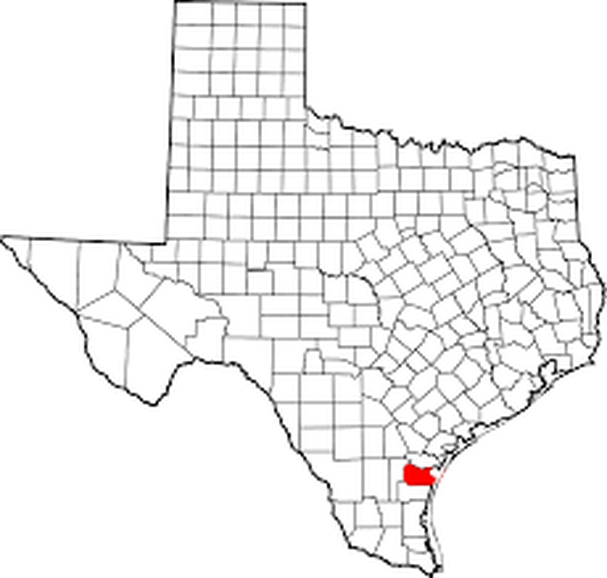 Named for the Nueces River. The county seat is Corpus Christi. I love the beach, I have been going to the beach as long as I remember, family holidays growing up were always by the ocean. So when I first visited the States and Steve suggested we visit Corpus Christi I was excited to go. Please forgive me for being a little disappointed. My frame of reference was Australia or topical vacations in Asia or South Pacific islands, so to me, the coast is about low key or a relaxed atmosphere, Corpus Christi more gritty, more of a working man's town. Saying that it's all about expectations I have come to terms with what Corpus Christi is and what it isn't and I always enjoy our visits, having now been numerous times over the years. One thing we always do is go to Water Street Seafood Market (it just recently closed) it was something we did on our first night there. Water Street Oyster and Sushi Bar are still there so we will probably continue our tradition there.
Now on to the markers. When we visited in 2005 it was as part of our honeymoon on the way to South Padre. At that time I was putting the photos in an album and writing out the text as my photos were not always of the best quality. In Nueces County the large majority of the marker are 27 x 42 sooo a lot of writing later I decided a website would probably be a better and more efficient way to organize and display our captures. Nueces County has a robust historical commission and they usually add several markers each year, so every time we visit there are always more markers to capture. The thing about markers in Nueces County there can be a considerable gap between when the Texas Historical Commission approves the application to when they are actually erected. The Centennial Memorial Museum is noted to have been given a marker in 2013 I believe it is yet to be erected, the Ritz Theatre has been listed longer than that with no marker in sight. Nueces County 18 x 28 Subject marker with should be at the courthouse is missing. I don't believe the Palo Alto Marker was ever erected. I have sought the counsel of the Nueces County Historical Commission for answers. It's taken us over ten years and many trips to capture almost the older markers (still two left) as Nueces is a large and sprawling region covering a large area from the ocean to rural farming areas, it is also very busy so driving to all these markers takes time and patience. I will say it's usually in a good way that the majority of the markers are still in place when we finally get to them. One we did miss was the Theodore Merchant Lawrence marker it was once on McBride Road it had been missing for many years and has now been replaced and is at Heritage Park next to his house which was moved to the park. The text is slightly different, something that we have seen more of recently as counties replace these older missing markers they often adjust the text to include something missing or make them more accurate.
I feel like as long as we visit Nueces County there will almost always be new markers to capture, it is a county, I believe we will never actually get finished but that okay as I said my relationship with Corpus has evolved over the years and I always look forward to our visits. 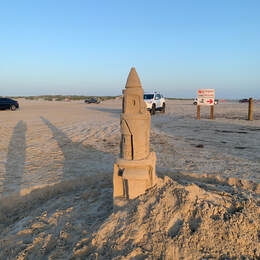