NUMBER OF MARKERS IN COUNTY- 23 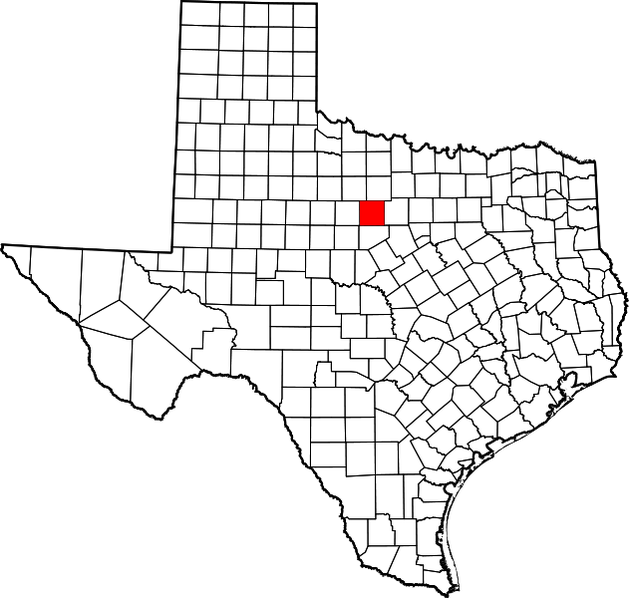 Named for Alexander H. Stephens, the vice president of the Confederate States of America. The County seat is Breckenridge and also where you will locate the majority of the markers in the county.
We really only spent an afternoon in Stephens County as our visit here was part of a much bigger trip in the surrounding counties. The jewel of this county for me (as far as markers go) is the house you see beside this text. Houses outside of country towns are hit or miss of r capture they are of not visible from the road and require permission to access, something you don't really know until you are actually there. The Brown House however on the outskirts of Breckenridge had a big old brown historical marker sign pointing to it.
The chairwoman of the Stephens County Historical Commission does not list an email address, so I have tried to call her with no success thus far. The Caddo marker was missing then we were there in 2014, this county does however try to replace their markers as can be seen with the Dr. Peter Gunsolus. Stephens County pink granite centennial marker is missing. I'd love to know the story behind this because they would take an awful lot of effort to move so I figure their has to be a story as to what happened to it. I have a little old Texas Historical Commission Book published in the 1970's that lists Stephen's County C.S.A. as a marker 20 miles northwest on US 183 in a roadside park. I have not seen it listed anywhere else including the Texas Historical Commission atlas it could be an entry by  a different name for Camp Breckenridge C.S.A. which is at the courthouse but I'd like to have it confirmed before I assume it to be a fact.
Breckenridge Cemetery
Breckenridge Stephens Walker
Breckenridge Stephens Walker Home
B. T. Brown House
Caddo
Camp Breckenridge, C. S. A.
Dr. Peter Gunsolus
First Baptist Church of Breckenridge
Gunsight Community
Mount Zion Cemetery
New Hope Baptist Church #3
Old First National Bank Building
Parks Camp
​Picketville
Samuel P. Newcomb
South Prairie Cemetery
Stephens County
Stephens County Courthouse
Stephens County Courthouse
Stephens County C.S.A.
​Veales Creek Cemetery
Walter Prescott Webb's Formative Years
Wayland School