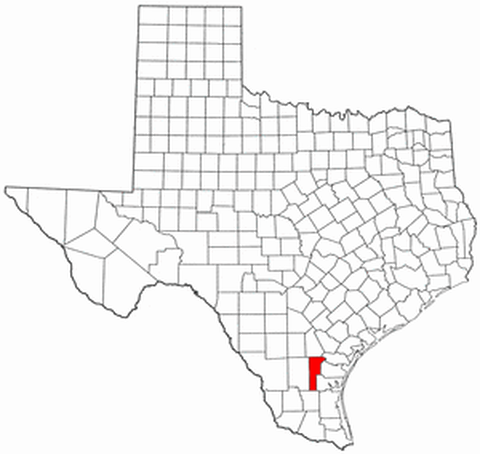 Jim Wells County is named for James B. Wells Jr. a long-time judge and democratic politician. The county seat is Alice.
The first time we went through Jim Wells County was in 2006 on the way back from South Padre. It was September and it was hot in a wet and sticky South Texas type of way. I remember thinking we were much further away from Corpus than I realize now that we were. One of the free-standing EDs I am director over is in Calallen and several of my team live in Jim Wells County and when we visited recently I learned it wasn't a long drive at all.  It was a bit busier than when we first visited but it has remained a rural coastal town.
The only missing marker is the Vicinity of Texas Rangers' Battle of May 29, 1850, that according to the Jim Wells County historical commission was moved several decades ago by the Texas Department of Transport when they were improving Highway 281 and never returned. The historical commission does have plans to replace the marker with a slightly revised text.
Alice
Alice Cemetery
Alonso S. Perales
Archelaus Bynum Dodson
First Baptist Church of Alice
First Presbyterian Church of Alice
First United Methodist Church (Alice)
Fort Casa Blanca, C.S.A.
Jim Wells County
Jim Wells County Courthouse
Las Calaveras Cemetery
Los Preseños
McGill Brothers Building
Methodist Episcopal Church, South, of Premont
San Diego Cemetery
Vicinity of Texas Rangers' Battle of May 29, 1850